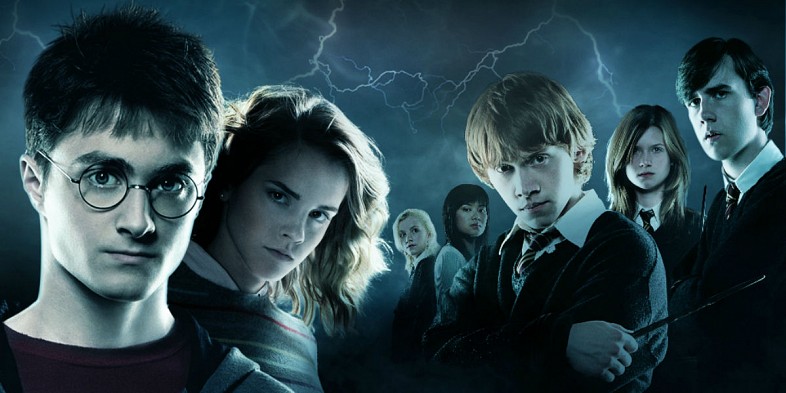 Harry Potter and The Chamber of Secrets (Book 2)

Harry Potter and The Prisoner of Azkaban (Book 3)

Harry Potter and the GOBLET of FIRE (Book 4)

Harry Potter and the Order of Phoenix (Book 5)

Harry Potter and The Half Blood Prince (Book 6)

Harry Potter and The Cursed Child Part I & II (Book 8)

Thses novels chronicle the life of a young wizard, Harry Potter, and his friends Hermione Granger and Ron Weasley, all of whom are student s at Hogwarts School of Witchcraft and Wizardry. The main story arc concerns Harry’s struggle against Lord Voldemort, the Dark wizard who intends to become immortal, overthrow the Ministry of Magic, subjugate non-magic people and destroy anyone who stands in his way. Since then the books have gained immense popularity, critical acclaim and commercial success worldwide. They attracted a wide adult audience, and have remained one of the preeminent cornerstones of young adult literature. The series has also had some share of criticism, including concern about the increasingly dark tone as the series progressed, as well as the often gruesome and graphic violence depicted in the series.

A series of many genres, including fantasy, drama, coming of age and the British school story (which includes elements of mystery, thriller, adventure, horror and romance), it has many cultural meanings and references. According to Rowling, the main theme is death. There are also many other themes in the series, such as prejudice, corruption, and madness.

The seven books were adapted into an eight-part film series by Warner Bros. Pictures, which is the second highest-grossing film series of all time as of August 2015. The series also originated much tie-in merchandise, making the Harry Potter brand worth in excess of $15 billion. Because of the success of the books and films, Harry Potter-themed areas, known as The Wizarding World of Harry Potter, have been created at several Universal Parks & Resorts theme parks around the world. The Wizarding World of Harry Potter at Universal Studios Orlando.

The franchise continues to expand, with numerous supplemental books to accompany the films and the original novels, a studio tour in London that opened in 2012, a travelling exhibition that premiered in Chicago in 2009, a digital platform entitled Pottermore, on which J.K. Rowling updates the series with new information and insight, a sequel in the form of a stage play, and a trilogy of spin-off films premiering in November 2016, amongst many other developments.