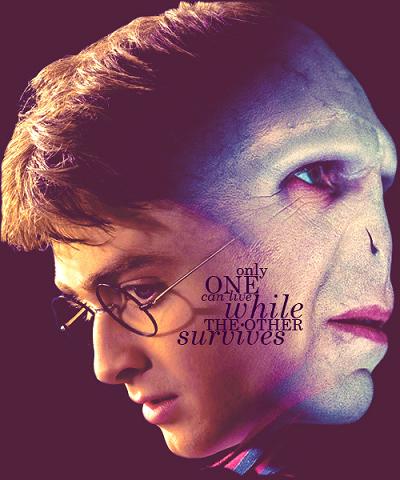 After several times reading Harry Potter books and watching movie, The Harry Potter & the Chamber of Secret, I have found some of the hidden similarities between the two most popular personalities in the Harry Potter series i.e. Mr. Potter himself and the Lord Voldemort.

Slytherin are cunning, resourcefulness, ambition and pure-blooded wizards, that is the reason sorting hat decide Harry Potter to be a part of Slytherin but on his request he was sorted to Gryffindor. All of us know that why he want himself away from Slytherin because Lord Voldemort belongs to it. On the contrary Potter is more skillful than Tom Riddle in the Harry Potter movies.

Like Voldemort, Harry Potter can also speak the language of snakes. He was shocked at the time when he communicate with the snake in their language at the time when Professor Gilderoy Lockhart was conduct training and Harry Potter wands secure all the students from the monster of Chamber of Secret . Later he use this language to open the door of chamber of secret and solve the secret behind it. He stopped Tom Riddle (Lord Marvolo Voldemort) by destroying his diary which contains 50 year records from the history.

Another similarity which was discussed in Jk Rowling Harry Potter and the Deathly Hallows that Voldemort was also more curious about new adventures and for that purpose he several times broke the school rules. Harry Potter follows identical action in every episode of the series to make the Potter world, but there is a huge difference between them that Harry Potter spells & work for positive approach while Voldemort is the Lord of negativity.

Both the personalities are powerful physically and naturally to control the wizards. They have confidence and courage to deal with difficult situations. But due to the evil nature of Voldemort he walk on the wrong path and want to take over the power and ownership of wizardry to make his own kingdom. He want witches and wizards to obey him and live under his slavery. While Harry Potter, Hermione Granger and Ron Weasley work for the welfare of the Hogwarts, witches and wizards. It is pertinent to mention here that Harry has immense power to control every thing like Voldemort.

Another shocking finds was that while killing the parents of Harry Potter, Voldemort giving him a mark on his head. Due to this mark he unfortunately transferred some of his power into Harry Potter which was later disclosed by Prof. Albus Dumbledore in the Chamber of Secrets.

Voldemort found increasing fear inside him therefore he made a situation to meet with Harry Potter. Voldemort discourage, fight and pressurize him either join his team or die but he never succeed in his task. He creates hurdles in Harry’s path to stop him in every new Harry Potter movies but he fails to cease Harry Potter fanfiction on time. At last he has to loose his dreams to takeover the control of the world and all his powers & research will be vanished forever.

Both have ability to deal with snake as we saw in the chamber, the only difference is that Voldemort used snake to kill Harry Potter and destroy wizards of the Hogwarts, while Harry killed snake to save Ginny from the custody of Tom Riddle. It is pertinent to mention here that Harry can’t alone kill the snake, it was the Prof. Dumbledore who sent Fawkes to Harry with sorting cap along Sword of Griffindor in it to use it against snake and save them selves.

We know that all the similarities we discussed above are well observed by yourself and already gather your interest towards the Harry Potter Merchandises and accumulate into your collection from the Harry Potter store. There are a lot more pros and cons about Harry Potter characters which we will discuss in our upcoming articles.