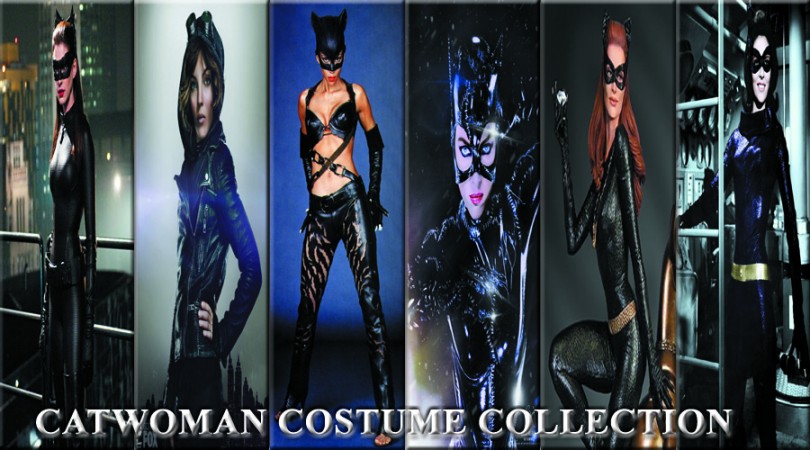 DC Comic created the character Catwoman (Selina Kyle) commonly associated with the Batman. She found in complex Love-Hate relation with the comic star Batman. Her proper figure was introduced by the beautiful actresses Julie Newmar, Lee Meriwether and Eartha Kitt in 1960s, later this character was portrayed by the stunning Michelle Pfeiffer and gorgeous Halle Berry and in 2012 & 2014 the same character was portrayed by the Anne Hathaway in the Dark Knight Rises & Camren Bicondova in television series Gotham.

Catwoman was at 11th position in the rank list of “Top 100 Comic Book Villain of all the time” that’s the reason cosplayer are crazy about the character for cosplay at Halloween. Findurfuture, considering the desperate condition and demand of the character gather all costume in the one single blog so that you can easily select and decide which costume you will like to cosplay this Halloween. As we all know that she initially was a burglar (supervillain) in the Gotham therefore she use to wear tight clothing as her costume which are described below.

Let’s begin this guide with the costume guide of Anne Hathaway Catwom, she be the key role in the Dark Knight rises to help Batman to bring down the villain Bane. As a character she was master thief and skilled burglar who crack safes by using high-tech goggles. She focus on the victim i.e. wealthy men from the Gotham by giving sex appeal. Although the Catwoman outfit she wore was very simple but it get very popular among fans and followers. People who watched Gotham must know the popular acting of Camren Bicondova. Being the youngest version of the Selina Kyle in the series she was waiting and searching for the Batman. Although she was a teenager but she displayed her best acting potential as the DC Comic Catwoman. She played a positive role and her costume were quite different with other Catwoman suit that represent a sort of undercover look.

Michelle Pfeiffer, a lonely and frustrated woman, who pushed into fascination towards crime after Max Sherck (her boss) tried to kill her so that he can build a power plant to steal the electricity of the Gotham City. In Batman Return, many fans got to see the bad side of her due to continuous complication found in Batman’s way to defeat the penguin. At last when she appear in  the Catwoman clothes in a unique look. Patience Philips, the new adaptation of Catwoman in 2001, who worked in the art department of the beauty product agency. This version of the Catwoman are different for the traditional form, as she was expert gymnast and skilled in hand to hand combatant. Most interesting thing in the movie is that Catwoman was hiding herself by living unknown in the New York city rather iconic character in the Gotham City. This movie also described the sexiest look of the Catwoman attire as compared to the other Selina Kyle costume. Batman Kissing Catwoman, who was the seductive villainess that stole the heart of her companion but her criminal persona never allowed her to stuck in love by leaving her criminal apprehending duties. Julie Newmar in the Batman Series of 1960 introduced this vintage style catwoman suit. Even her costume become very old but still many cosplayer followed her attire as a catwoman at Halloween and in other event. Ms. Kitka, Joker, Penguin and the Riddler were plan to take over the world in 1966 Batman Series. Batman engaged in true love with and never recognize her as a Catwoman till the end. The suit she wore has identical popularity with the suit of Julie Newmar in another Batman movie. Below given is the costume of Lee Meriwether Catwoman available at the product page. Batman is the common character found in the DC Comic and he was get engaged with the number of DC Super heroines with love affairs or bedtime movement. These queen including Batgirl, Poison Ivy, Harley Quinn shows greater interest in the Legend of DC Comic. Many fans select this character to look sexy and stunning among the other cosplayer, so if you are interested in the sexiest costume click here.